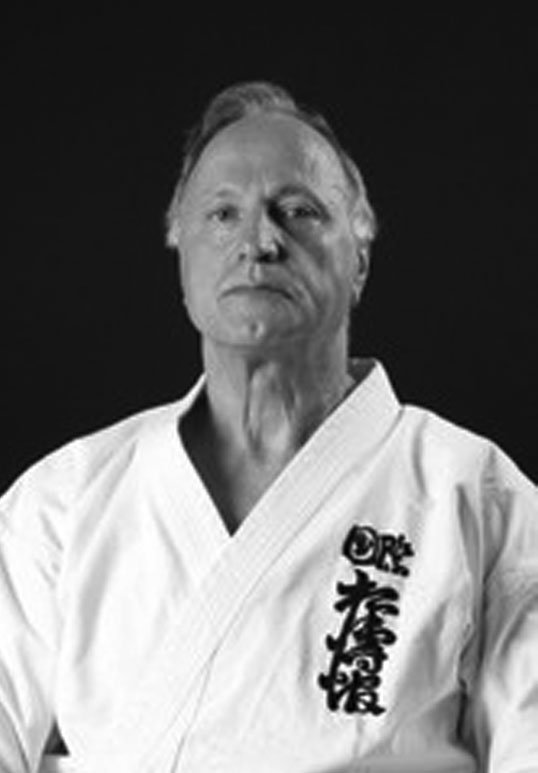 Sensei Manfred Nagel is the Chief Instructor of the Windward Oahu Foundation. Classes are held at the Kaneohe Elementary School on Tuesdays from 7:00 pm to 8:30 pm all Students and Fridays from 6:00 pm till 7: 00 pm Beginners and from 7:15 pm to 8:30 pm Advanced Students.

Nagel is Vice-President of Print Production at Electric Pencil a Commercial Print shop in Honolulu.

Sensei Nagel is a Native of Germany and relocated to Hawaii in 1985. He started Karate in 1967 back in his Home Town of Schwaebisch Hall www.sha-karate.de when Karate was little known in Germany. Over the span of his Karate years Sensei Nagel participated in many Karate Tournaments, National and International in Kumite and Kata, placing always in the top five in National Tournaments. In 1974 he placed third at the European Championship held in the Deutschland Halle in Berlin Germany.

He always traveled to Seminars held by Kase Sensei, Shirai Sensei, Kanazawa Soke, Asai Sensei and once Nakayama Sensei when they visit Germany.

It is the goal of Sensei Nagel to introduce Karate to as many people as possible because it is the ultimate exercise to any person “young” or “old”, Male or Female. Besides profiting from a good workout Karate also gives you the opportunity to defend yourself in the wake of on emergency. It also teaches you compassion, respect and discipline for yourself and your fellow humans. Nagel says, everything Karate teaches you, can be applied to the day to day life and help to master the many challenges we face today.

In Germany Nagel was a member of the German Karate Federation (DKV) under President Roland Hantzsche. info@karate.de – www.karate.de

He had the A-License for graduating Students up to 4 th DAN and was Kumite and Kata Referee on a National Level.

Ask what is your favored technique or Kata Nagel says he likes Mae geri and Hangetsu Kata but says all techniques and all Kata are equally important and need to be practiced all the time to get better in speed and technique. Sometimes the smallest improvement can make a big difference.

Continue Shopping →
Item added to cart.
0 items - $0.00
Checkout
We use cookies on our website to give you the most relevant experience by remembering your preferences and repeat visits. By clicking “Accept”, you consent to the use of ALL the cookies.
Cookie settingsACCEPT
Manage consent

This website uses cookies to improve your experience while you navigate through the website. Out of these, the cookies that are categorized as necessary are stored on your browser as they are essential for the working of basic functionalities of the website. We also use third-party cookies that help us analyze and understand how you use this website. These cookies will be stored in your browser only with your consent. You also have the option to opt-out of these cookies. But opting out of some of these cookies may affect your browsing experience.
Necessary Always Enabled
Necessary cookies are absolutely essential for the website to function properly. This category only includes cookies that ensures basic functionalities and security features of the website. These cookies do not store any personal information.
Non-necessary
Any cookies that may not be particularly necessary for the website to function and is used specifically to collect user personal data via analytics, ads, other embedded contents are termed as non-necessary cookies. It is mandatory to procure user consent prior to running these cookies on your website.
SAVE & ACCEPT